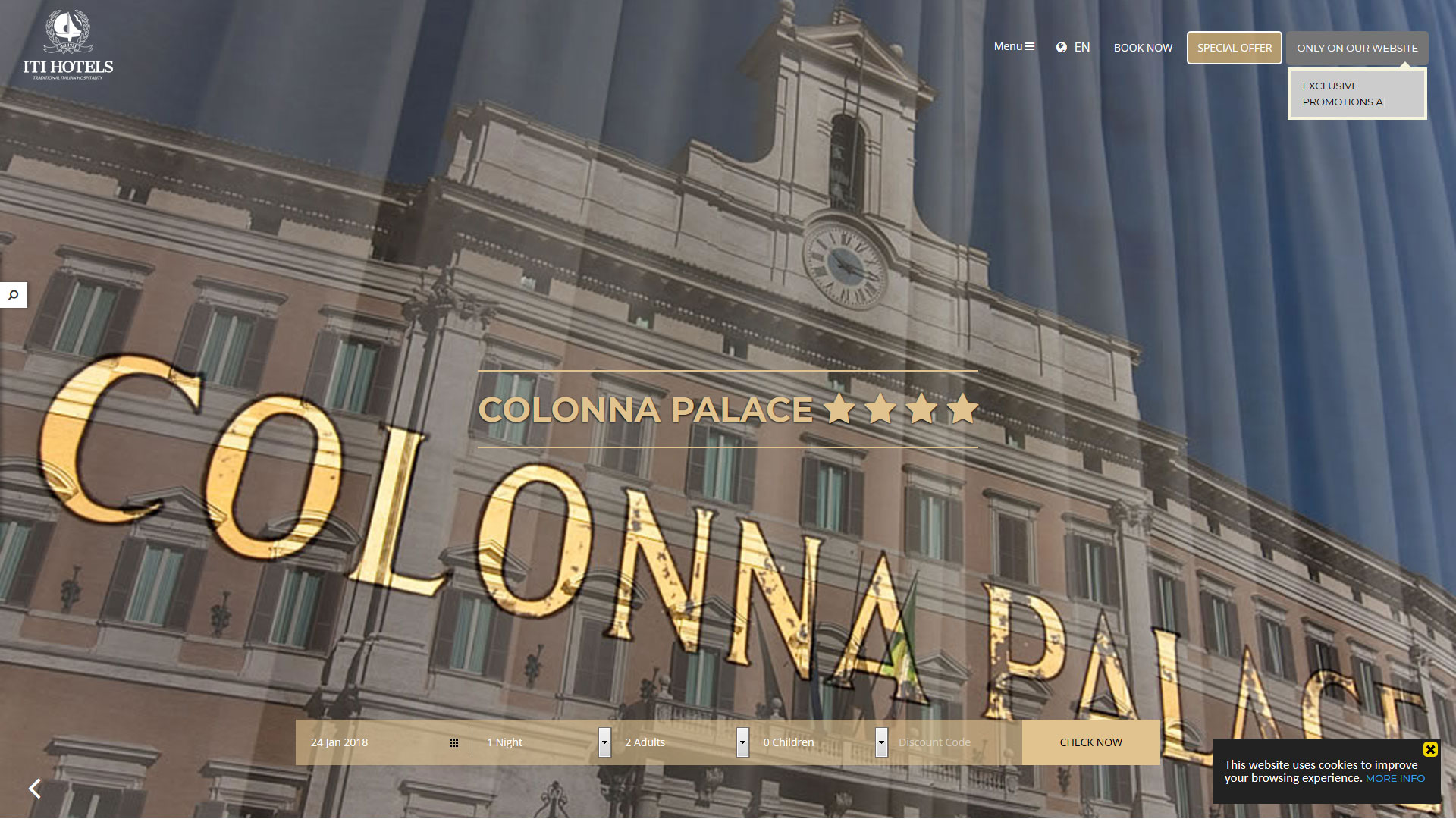 The Colonna Palace hotel in Rome is situated directly in front of the Italian Parliament, a superb central location equidistant from the Pantheon, Trevi Fountain and Via del Corso Rome's main shopping area… In 2010 the hotel commissioned Fisheyes to make their official website and now 8 years later it has become the hotel's major sales channel.

The old official site was massively under performing and was available in only 2 languages. Fisheyes redesigned the site using interactive photography , 12 languages and an online booking system complete with a series of Revenue Tools and devices which have helped the hotel not only reduce disparities with wholesalers but increase their direct B2C market performance.

The website continues to increase sales year in year out and plans for next year to reduce FIT allotments and wholesaler agreements still further can only bode well for the direct sales channel which is the website. In preparation for the increase in business from Asia there are plans to add at least a further 3 Asiatic languages to be ready for the surge in demand predicted.

The client is extremely happy with the service that Fisheyes provides. Facebook coupled with an Instagram account and a live link on the home page of the site will be shortly activated. The Price Widget activated on the GUI graphic user interface used by the clients when booking has really helped increase direct bookings through the hotel's official website.

Direct Sales have increased more than 300% in the last 2 years, the ADR has soared and the Hotel now has a much better mix of clientele from all 4 corners of the globe. An even faster site adaptive to the new generation of smart phones predicted to evolve the next few years will be developed in order to ensure that google continues to rank the site very positively in their search result algorithm.