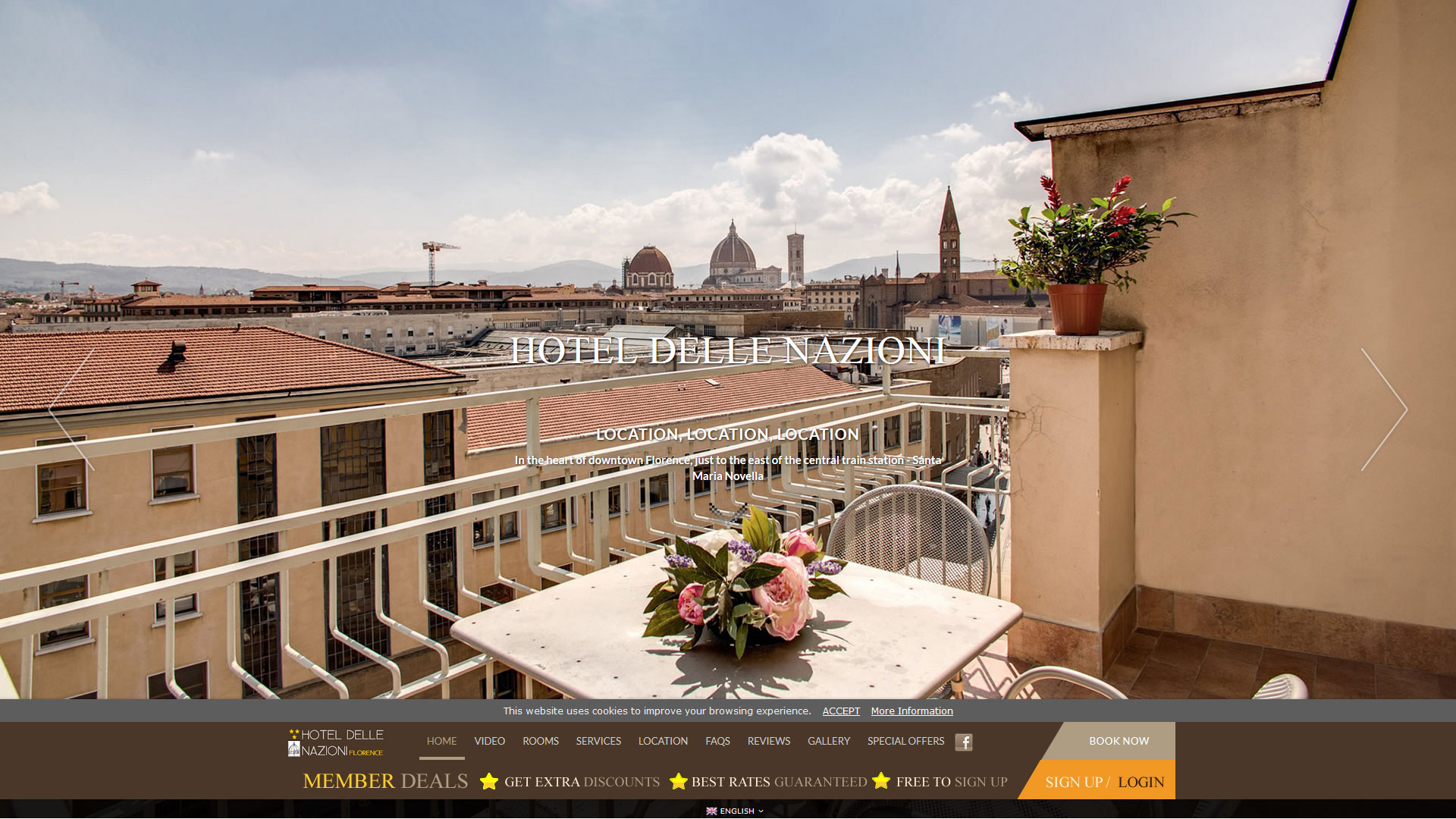 Hotel Delle Nazioni is a 3-star hotel in Florence's petite historical centre near Santa Maria Novella. Very spacious for its category and certainly of high quality, this accommodation goes against the trend of olde-worlde with pride in its striking, modern style - reflected not just in the aesthetics but across the philosophy of the forward-thinking management team.

No strangers to the world of online marketing, the Delle Nazioni Management team recognised the importance of having a powerful and multifunctional site to complement their online presence and chose Fisheyes to be their main partners above OTAs and wholesalers.

Both parties were well aware that in order to have successful partnership, sales and turnover had to at least match the offer of the major players in the online market. A plan was hatched as far back as 2008 to create a site with a powerful booking engine, Demand Prediction tool and strong enough SEO to fill the hotel all year round without paying a small fortune out in commissions.

A fast, visible, functional website in nine languages with a look and feel that aptly represents the style of the hotel itself. And yes, occupied rooms month by month, year on year without a fortune being paid out in commissions.

Hotel Delle Nazioni Florence is a great value, modern accommodation in the heart of magical Florence and thanks to its partnership with Fisheyes it's not only competing strongly in a highly intense market but it's also in control of its own destiny.