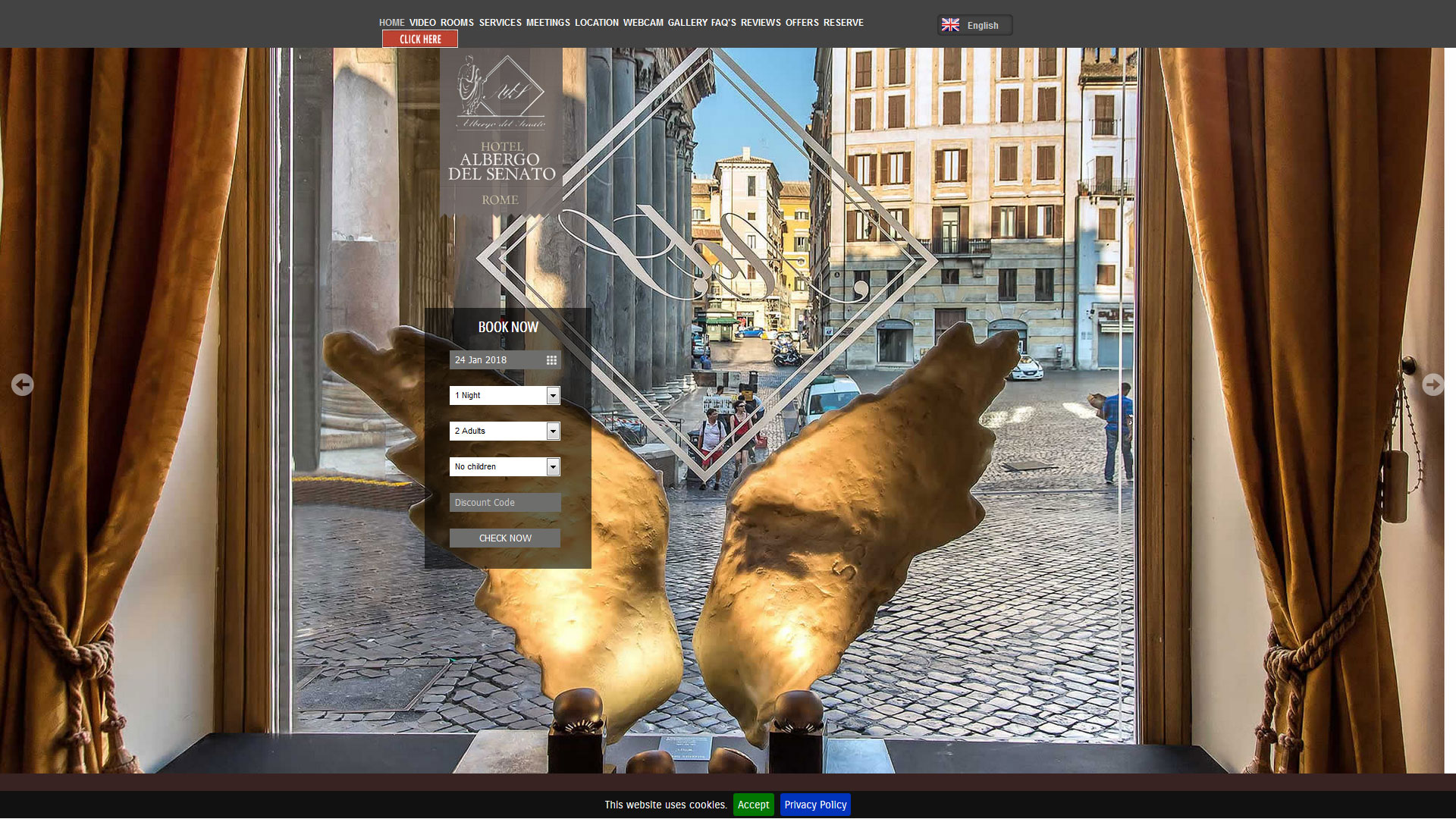 Albergo del Senato is an exclusive three star hotel in the historic center of Rome. Lying on Piazza della Rotonda in front of the Pantheon and a short walk from Campo dei Fiori and Piazza Navona, this three-star hotel in the Eternal City and one of those hotel complexes capable by themselves to make a holiday really special!

One of the aims of this project dedicated to the Albergo del Senato was to design a brand new website to compete with the standard of the service and the elegance of the common areas and guest rooms of this wonderful three star hotel in the center of Rome, which allows to reserve securely from anywhere in the world.

Starting from the needs of the management of the Albergo del Senato, the Fisheyes staff was put to work immediately to submit a project able to meet his client's requested.

Due to the peculiarities of the location, services, and elegance of the rooms and public areas of this three-star hotel in Rome, the project has materialized with the creation of a unique and superior graphics and the choice of colors, that reflects the style of the structure. The site Albergo del Senato and was also equipped with a large Photo Gallery, Interactive Virtual Tour, Video presentation and booking system to reserve with security without problems... not to mention the Webcam of the Pantheon.

Contacted in early 2009, after presenting its needs, the direction of the Albergo del Senato has demonstrated receptive and interest in the proposals of the staff of Fisheyes, so as to give rise to a fruitful exchange of ideas, which subsequently resulted in a win-win partnership for both.